Skip to content
Posted on 17 Nov 2016 by Natasha Dawsen, Editor 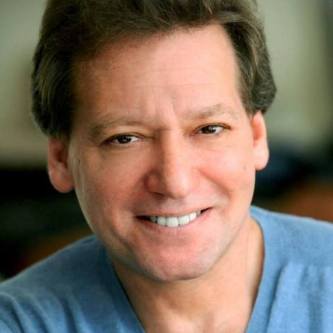 The Watchtower, a film based on the play by Steve Silver, had an exclusive preview in September at The Magno Screening Room in NYC. Actor and playwright Steve Silver, along with a team of directors, producers, and writers, has begun a theatrical and cinematic journey called the Silver Screen Project. Mr. Silver, along with David Sharp, Laurie Rae Waugh, and Jay Michaels to name a few, head a team dedicated to committing off-off Broadway plays to film, thus preserving independent works that usually vanish all too quickly. Beginning this is Mr. Silver’s play, The Watchtower.

Receiving acclaim during its initial run at one of the original theatres associated with the famed off-off Broadway movement, the American Theater of Actors (ATA), Mr. Silver and his colleagues did not want it to just end. The odyssey of fundraising, pre-production, shooting, and editing yielded a high-quality film presentation of Mr. Silver’s gritty and unapologetic tale of the underbelly of Hell’s Kitchen and what it took to survive there. Many of the original stage cast appear in the film.

“I’ve seen some amazing work and now they’re gone,” exclaimed Mr. Silver, a prolific playwright, “I hope this is the jumping off point for countless dreams to be realized and messages brought to posterity.”

David Sharp, a stage and film journeyman in his own right – and member of the cast of The Watchtower – shared Mr. Silver’s excitement with a simple phrase, “if we get the right people behind us… the possibilities are endless.”

Mr. Silver is already in pre-production for a film version of the play, Mirrors, which recently ended a successful run at the ATA.

Mr. Silver shared his thoughts with us on the eve of his film making its journey through the film festival circuit.

We hear a lot about inspiration- or Muse- that drives an artist. What inspires you?

I love to write about real life with a touch of history, while keeping focus on the world around us.  I write about things I know like all the different neighborhoods I have lived in.  Recently, I have spent time writing about my current neighborhood of Hell’s Kitchen.  I write from the heart and incorporate real life experiences into each and every plot.  I am a native New Yorker, born & raised in this wonderful diverse city.

Tell us about why you wrote this and why it’s important enough to become a film?

Originally the play started as a love story between Tommy and Eileen O’Day and how the Westies became involved with the Mafia.  I then expanded it into a full length play whereby I added some additional characters and plot themes.   I felt that this story would shine a light on one family’s journey through the push and pull of the underworld.  Most movies that are written in the gangster genre are about the Mafia and not many discuss the lives of the Irish neighborhoods with a focus on the Irish point of view.

What do you want most in your chosen profession? It’s OK to say “fame” or “wealth.”

Personal fulfillment- sharing history with the next generations, so the history of those who built our city isn’t forgotten.  We have to reflect & recognize on the good and the bad that came along when the city was built.

Sally Field and Paul Newman both said of their profession.. ”it’s all I can do.” Is this all you can do?

No.   I do so many things in life that writing is not the only thing I do.  I’m a father, I love my family and I value how family plays an important role in our lives

Along those lines, if you couldn’t do this, what would you do?

Well, I don’t ever think that I will stop writing.  I have more to write & share with the world.  I enjoy taking a real live event and weaving a story line through it.

How do you want (legit) history to remember you?

Wow, that’s a tough one.  I would like to be remembered as a writer and film maker who cared to bring forth the human side of every story to life.

I hope the audiences enjoy my spin on what living the life in the Irish mob is like in our film, THE WATCHTOWER- The Movie.  I am looking forward to getting my next project in the works. 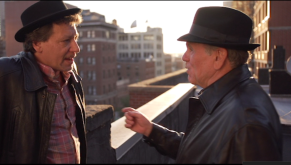 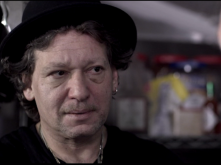 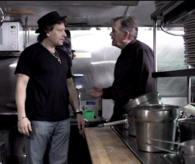 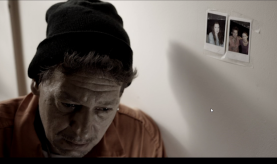 One thought on “The Steve Silver Screen Debut”