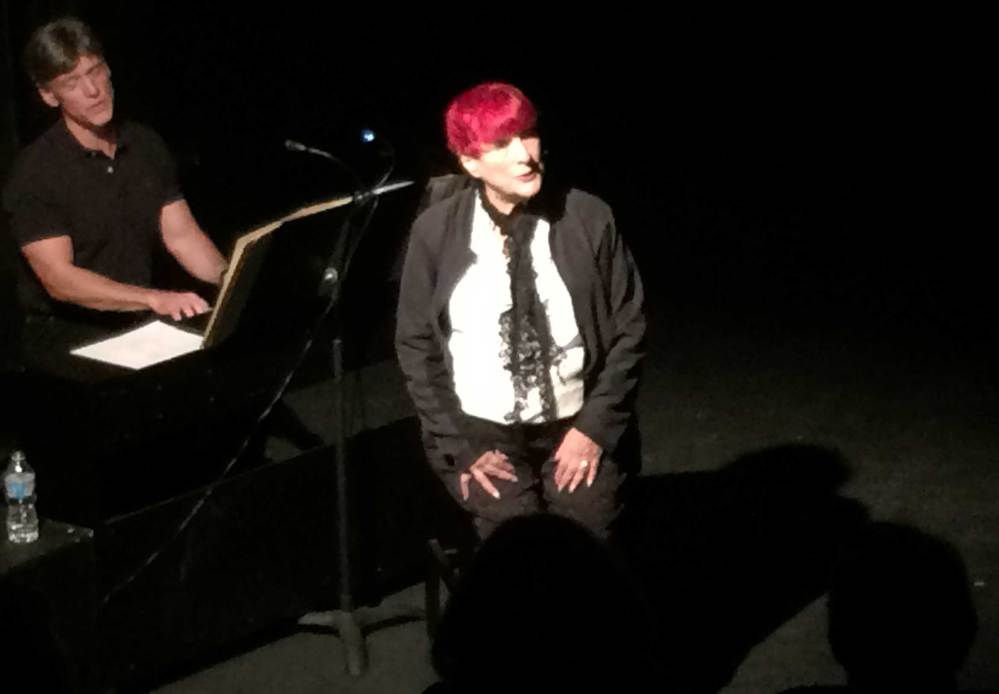 In the same way that two great storms, intersecting on the ocean, can create a single storm front of unparalleled destructiveness, two negative influences have intersected in the contemporary musical theater, creating a unified destructive front that has virtually obliterated the Broadway musical as an art form.

The first destructive influence is the arrival of the jukebox musical as one of the basic models for a Broadway show. Songs that were never meant to do anything more than sell, over and over, the same simplistic message for two and a half minutes of radio time (“My girlfriend’s really great/She’s really boss/I dig her so”) now have to be staged as though they were musical numbers intended for actors.

The second destructive influence is the arrival of the other current basic model for a Broadway show — the musical for which new songs have been created based on the assumption that the job of a musical number is to say something terribly obvious over and over again, with increasing volume, until (it is assumed) the audience is on its feet, screaming with delight. Thus we have musicals in which the chorus chants the exactly the same message for five or six minutes (“We’re really angry men!/We’ll say it again and again!/We’re really angry and we’ve not much more to say!/That’s us, the really angry guys!”).

What the two models share is their reliance upon exactly the same thing being communicated over and over. This is (not to mince words) exactly the opposite of what a musical number must be in order to do its work. The basic commonsense of the subject is that a musical number, in a musical, is a theatrical scene; and, like any other theatrical scene, depicts how human understanding and human emotional responses change over a carefully selected period of time, in response to what’s happening in the plot, and in the service of what is being communicated as the theme. The job of theater language, whether spoken or sung, whether rhymed or not, is to bring home to us, in a way that seems real, how people are first one thing, and then (often, a split second later) a completely different thing. Likewise, the job of theater melody and harmony is to show how people vary over time, not to present people as perfectly repetitive machines. Indeed, if we were to meet an actual person who spoke to us in a manner anything like the typical song in a modern musical, we would shortly form the impression that he was an incredible bore; and then, a few minutes later, reach the conclusion that he was suffering from a severe mental illness. Anyone who really has only one thought on his mind desperately needs medication.

In this terribly impoverished period for musical theater, in which (leaving artists such as Sondheim and Finn to one side) the most obvious requirements of the art form are consistently overlooked, the works of Kurt Weill and Jacques Brel shine as a burning beacon in the night and sound like a trumpet calling us on to victory, teaching all who will lend an ear the right way to do this stuff. That’s why it was so important to hear Vickie Phillips bring her presentation of Weill and Brel material (A CAROUSEL OF COLORS WITH BREL, WEILL AND AZNAVOUR) to the Midtown International Theatre Festival on November 8. Phillips, who studied with Elly Stone (one of the key artists involved in introducing Brel to American audiences), understands that every Brel song is a one-act play, in which the character singing undergoes continual development, and in which any given sentence may work its way through three specific and completely different emotions. The fictional characters who sing Brel’s songs are as fully realized as the characters in a fine novel. Brel, as Phillips insightfully reminded her audience, consciously sought to stay in rapport with the most frustrating aspects of our world. For this reason, Brel’s people live, just as the rest of us must, in a world in which the unexpected good and the unexpected bad creep up on you, and force you to respond to them, moment by moment.

At any given instant, a Brel character is singing to us of the very latest thing that happens to have crossed his mind. The audience senses and appreciates the person behind these various moments. We get to know each of Brel’s people over time, as we would get to know a friend. Yes, this kind of songwriting requires more talent than simply stating, over and over again, that you’re angry or in love. Furthermore, very few of us, no matter how hard we try, will ever be able to create this kind of musical theater magic at anywhere near Brel’s level. But it can’t hurt us to aspire to this kind of artistic excellence.

An Evening of Masterpieces

Certainly, in her Nov. 8 presentation, Phillips chose some of Brel’s most original and moving work to showcase Phillip’s pleasing soprano and boundless energy. “My Childhood”, for example, was featured in the middle of the program. Brel’s favorite of his own songs, it combines an elegiac melody with a varied flow of scenes from the life of a growing child, and creates the overpowering impression that we have shared a decade of someone’s life in a few minutes. Phillips was similarly moving in such wonderful Brel ballads as “I Loved” and “Marieke”. She was accompanied by Gerry Dieffenbach at the piano, and some of the most memorable musical moments were when Dieffenbach, who has a handsome and gentle voice, sang either harmonies or counterpoints with Phillips, in numbers such as Brel’s “Carousel” and, in the tear-jerking finale of this program, Brel’s “If We Only Have Love”. One of the most powerful songs ever created, “If We Only Have Love” stands as a universal anthem for global hope, a sermon that, we can only pray, will someday be listened to by the entire human race.

The first half of the program featured a Kurt Weill medley, focussing primarily on Weill’s work for the American theater. It was an effective reminder of Weill’s brilliant and original use of harmony and melody as a way of conveying the manner in which emotions were evolving over time in the character singing each song. Phillips and Deiffenbach also presented three numbers by Charles Aznavour, which, though lovely, could not be compared to the quality of Brel and Weill numbers.

A CAROUSEL OF COLORS WITH BREL, WEILL and AZNAVOUR, with Vickie Phillips; Musical Director, Gerry Dieffenbach; presented as part of the Midtown International Theatre Festival.

ROBERT GULACK holds an MFA in Playwriting from the Yale School of Drama, where he studied with Mamet and Kopit. He is the author of numerous plays seen in NYC, including CHURCHILL IN ATHENS, SIX HUSBANDS OF ELIZABETH THE QUEEN, and the award-winning ONE THOUSAND AND ONE.